Did you know our parish is
going to be 50 years old?!

Mark your calendars for
the kick-off of a year of celebrating
our parish,
Saint Peter Claver Catholic Church!

KINDLY FOLLOW THESE COVID-19 SAFETY PROTOCOLS:
Vaccinated or not, all must wear a mask while indoors, for anything in the church AND for all gatherings/meetings in the West Hall, Parish Center Rooms 1-8, Youth Center and Parish Office.
Also please follow directions on signs near church doors and inside the church regarding social distancing.

PARISH MINISTRIES & FORMATION
Click on Calendar on the top Menu Bar to see the schedule of times and places of ministries and formation that are gathering again. Please follow the COVID-19 SAFETY PROTOCOLS above. 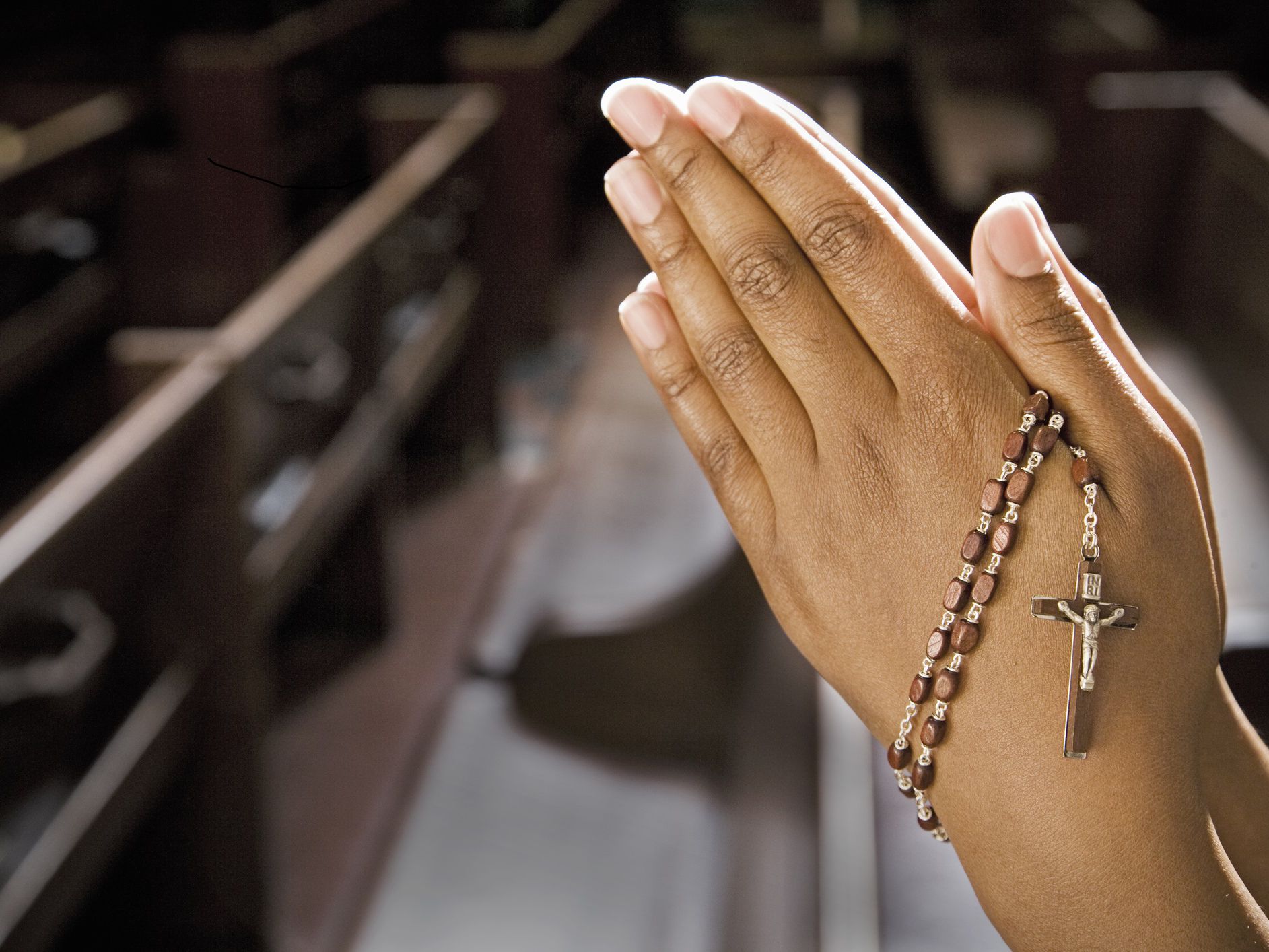 PRIVATE PRAYER TIME
IN THE CHURCH
From 7 a.m.
through 7 p.m. Monday through Friday
the church is open
for private prayer time.

TRUNK OR TREAT
Sunday, October 31st from 1:30-3:30 p.m. bring your family and friends to the church parking lot for some Halloween fun! There will be a Costume Contest and Best Decorated Trunk Contest!
Click on the Bulletin for more details about candy donations and signing up your trunk.

CHRISTMAS GIVING TREE 2021
Want to be involved in bringing Christmas love? Contact Nancy Walker at (213) 309-3547, leave a message and she will contact you. Click on the bulletin for more details 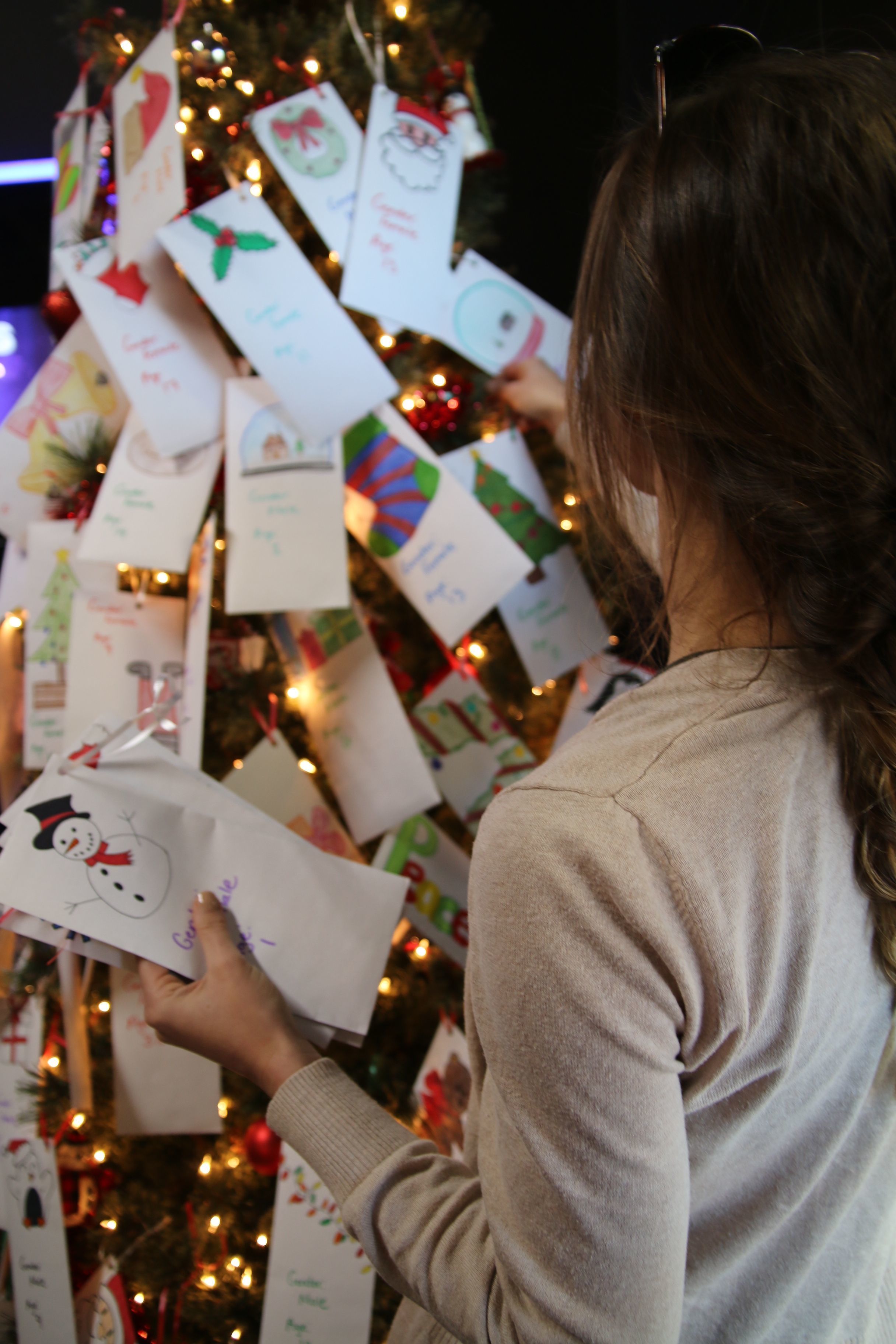 UPDATE US ON YOUR EMAIL ADDRESS

We'd like to keep you updated as much as possible. Let us know what your current email address is by calling the Parish Office at (805) 526-6499 or by clicking on CONTACT US at the top of this Website in the Menu Bar. The Parish Bulletin can be automatically emailed to you each week!

PRAYER IN THE TIME OF THE CORONA VIRUS

Prayer in the Time of the Corona Virus – Archbishop Gomez​ 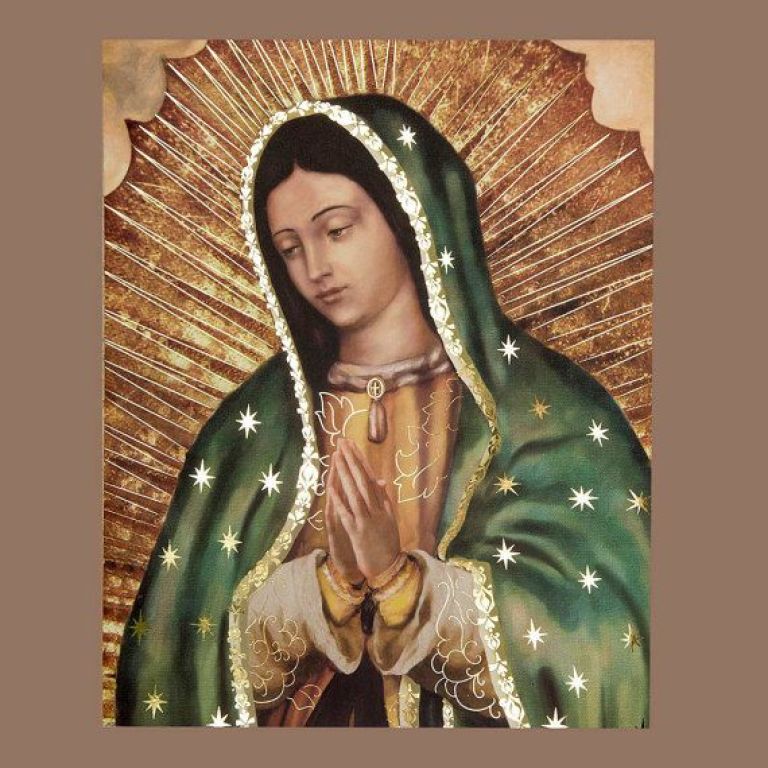 Holy Virgin of Guadalupe, Queen of the Angels and Mother of the Americas, we fly to you today as your beloved children.
We ask you to intercede for us with your Son, as you did at the wedding in Cana.
Pray for us, loving Mother, and gain for our nation and world, and for all our families and loved ones, the protection of your holy angels, that we may be spared the worst of this illness.
For those already afflicted, we ask you to obtain the grace of healing and deliverance.
Hear the cries of those who are vulnerable and fearful, wipe away their tears and help them to trust.
In this time of trial and testing, teach all of us in the Church to love one another and to be patient and kind.
Help us to bring the peace of Jesus to our land and to our hearts.
We come to you with confidence, knowing that you truly are our compassionate mother, health of the sick and cause of our joy.
Shelter us under the mantle of your protection, keep us in the embrace of your arms, help us always to know the love of your Son, Jesus.
Amen.

SAINT OF THE DAY

The martyrdom of St. Berard and his companions in 1219 had inflamed many of the religious of the Order of Friars Minor with the desire of preaching the Gospel in non-Christian lands; and in 1227, the year following St. Francis's death, six religious of Tuscany, Agnellus (Agnello), Samuel, Donulus, Leo, Hugolinus (Ugolino), and Nicholas, petitioned Brother Elias of Cortona, then vicar-general of the Order, for permission to preach the Gospel to the Muslims of the Maghreb.

The six missionaries went first to Spain, where they were joined by Daniel, Minister Provincial of Calabria, who became their superior. They set sail from Spain and on 20 September reached the coast of Africa, where they remained for a few days in a small village inhabited mostly by Christian merchants just beyond the walls of the Saracen city of Ceuta.

Finally, very early on Sunday morning, they entered the city and immediately began to preach the Gospel and denounce Islam. They were soon apprehended and brought before the sultan who, thinking that they were mad, ordered them to be cast into prison. Here they remained until the following Sunday when they were again brought before the sultan, who, by promises and threats, endeavored in vain to make them deny the Christian religion. They were all condemned to death. Each one approached Daniel, the superior, to ask his blessing and permission to die for Christ. They were all beheaded.

St. Daniel and his companions were canonized by Leo X in 1516. 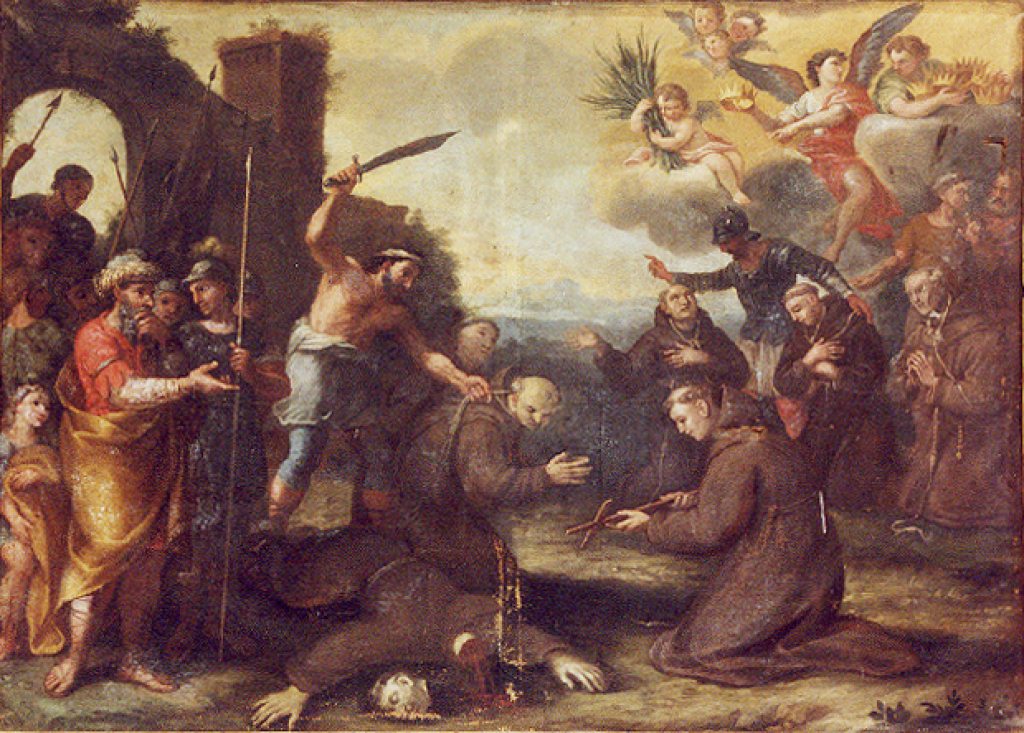 FORMED - A GIFT TO ALL PARISHIONERS!

Saint Peter Claver parish is offering you this amazing gift! Be sure to go on-line and register for FORMED today, for free. It's so simple following the directions below! Begin growing in faith through movies, books, talks and more, for all ages.

May you be blessed as you continue to grow in faith through this gift to you!

Signing up is easy!

Escalating red flags in an adult’s behavior - In most abuse cases, the victim knows the offender. Offenders go to great lengths to ensure that they are not strangers, often spending months or even years hiding in plain sight. Parents should be aware of a few red flags that range from obvious to subtle, and usually indicate a more sinister relationship at work between an offender and potential victims. Some obvious signs include telling children dirty jokes or showing them pornography. More subtle signs could be an adult who wrestles or tickles often, wants to be alone with children, gives gifts frequently, or encourages children to keep secrets. For more red flags, request a copy of the VIRTUS® article “The Rationale of Warning Signs” at lacatholics.org/did-you-know 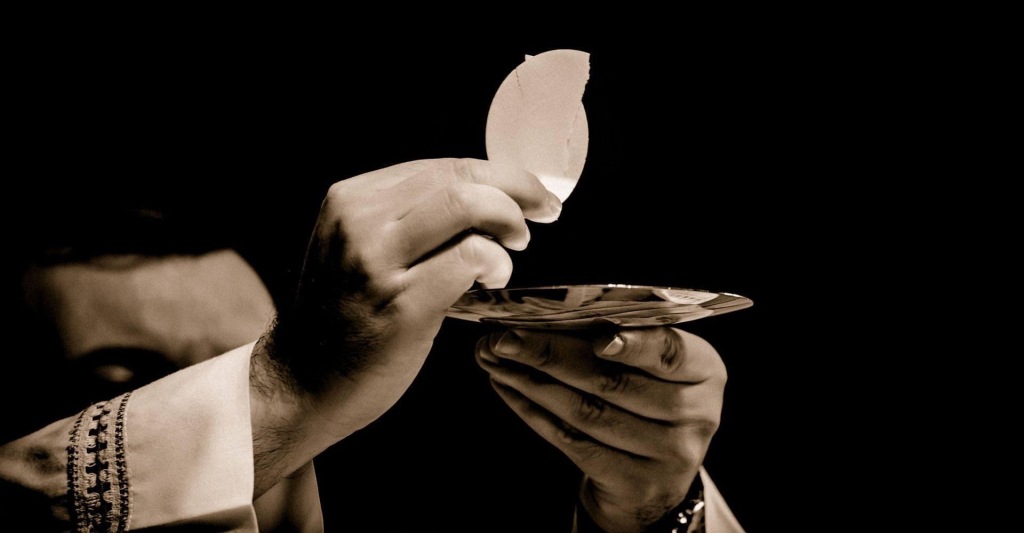 WE'RE OPEN FOR ALL MASSES, WITH THE REQUIREMENT TO WEAR A MASK!

* Protocols are as follows:
It is mandated that we wear a mask anytime we are indoors. Also please follow directions on signs near church doors and inside church regarding social distancing on the choir side.

Cathedral of Our Lady of Angels Masses
7 a.m. (Spanish) and 10 a.m. (English) CLICK HERE to live-stream on the LA Archdiocese website. 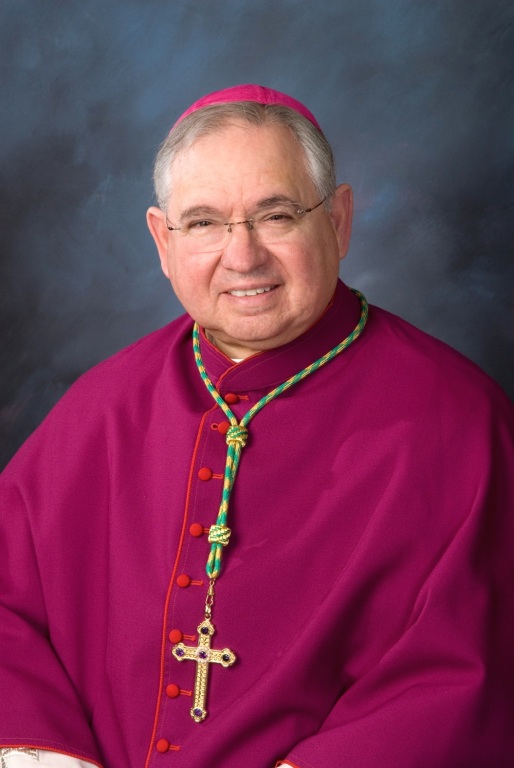 Mass Dispensation Due to COVID-19
Has Been Lifted

As of June 19, 2021, Archbishop Jose H. Gomez lifted the dispensation from the obligation of attending Sunday Mass for the Catholic faithful of the Archdiocese of Los Angeles and all Catholics currently in the Archdiocese. Those who have serious and legitimate reasons (e.g., illness, underlying health conditions that renders them susceptible to illness, significant fears of becoming ill, etc.,) are dispensed from the obligation to attend Sunday Mass and Holy Days of Obligation.

A VIDEO MESSAGE FROM OUR POPE AND ARCHBISHOP

Watch this new video featuring Pope Francis and Archbishop Gomez, among others, on the subject of vaccines.
The video is in Spanish but has English subtitles. 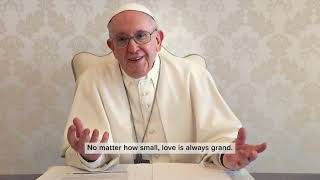 Pope: Vaccination an "act of love" 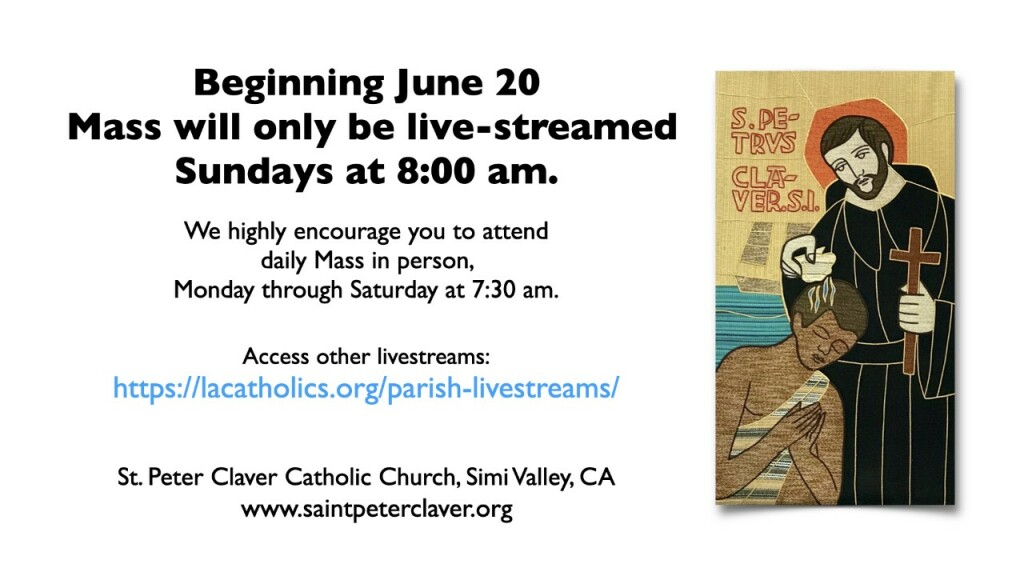 Click here to give
We are most grateful for your continued financial support. Please consider donating online with St. Peter Claver’s online giving system, WeShare.  Donate today using your debit, credit card, checking or savings account. With WeShare you can make a one-time or recurring donation to a Collection of your choice.

We have our New Parish App available for you to download!

NOTE: If you have the Old App - please delete as it has been replaced by this new one, and it no longer works.

Saint Peter Claver, Pray for Us 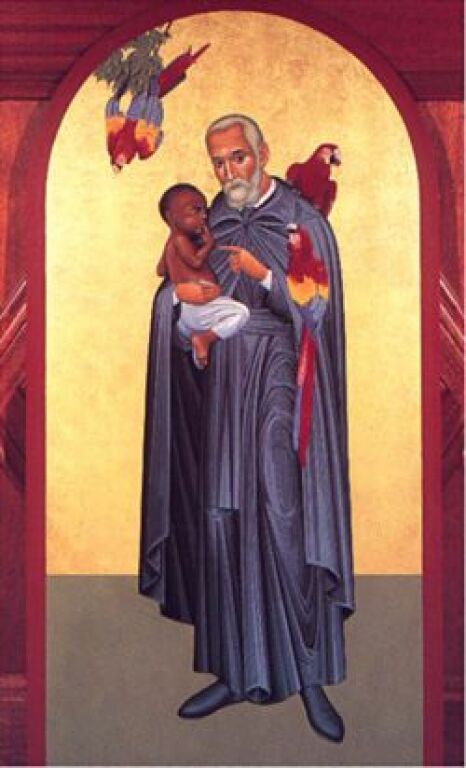 Oh God, who made Saint Peter Claver a slave of slaves and strengthened him with wonderful charity and patience as he came to their help,
grant, through his intercession, that, seeking the things of Jesus Christ,
we may love our neighbor in deeds and in truth.

Through our Lord Jesus Christ, Your Son, who lives and reigns with You
in the unity of the Holy Spirit, one God, for ever and ever.
Amen. 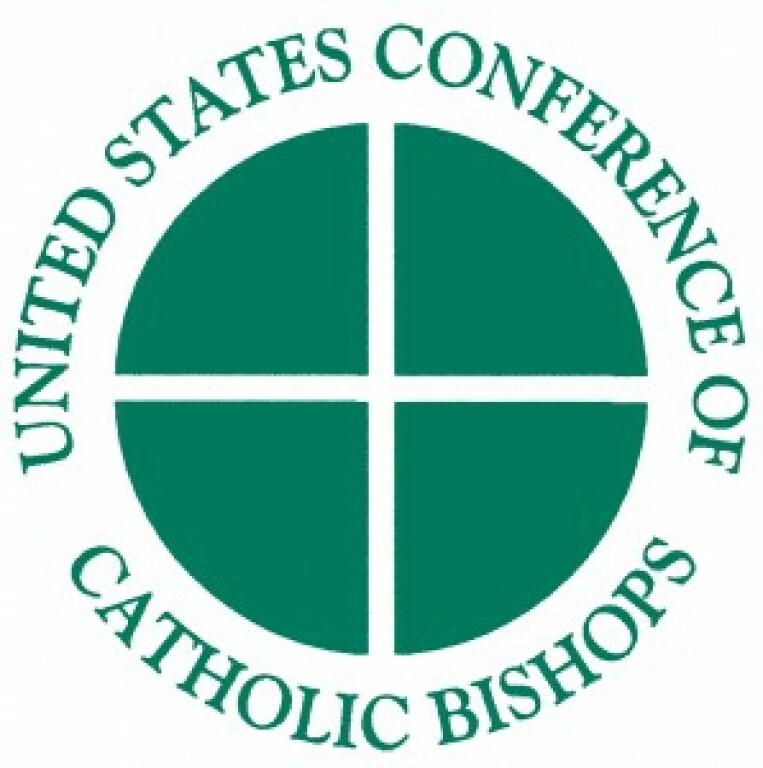 Let's pray it daily as we strive to be the change we want to see.

This Sunday is the 29th Sunday in Ordinary Time and the liturgical color is Green.
Decorate your altar at home with a green cloth, a candle, a Bible, and a Cross.
As you live-stream or watch a broadcast of Mass, raise your voices in joyful praise and receive Jesus in Spiritual Communion.

If he gives his life as an offering for sin,
he shall see his descendants in a long life,
and the will of the LORD shall be accomplished through him.
Isaiah 53:10-11

Jesus, the Son of God,
let us hold fast to our confession.
For we do not have a high priest
who is unable to sympathize with our weaknesses,
but one who has similarly been tested in every way,
yet without sin.
So let us confidently approach the throne of grace
to receive mercy and to find grace for timely help.
Hebrews 4:14-16

For the Son of Man did not come to be served
but to serve and to give his life as a ransom for many.
Mark 10:35-45 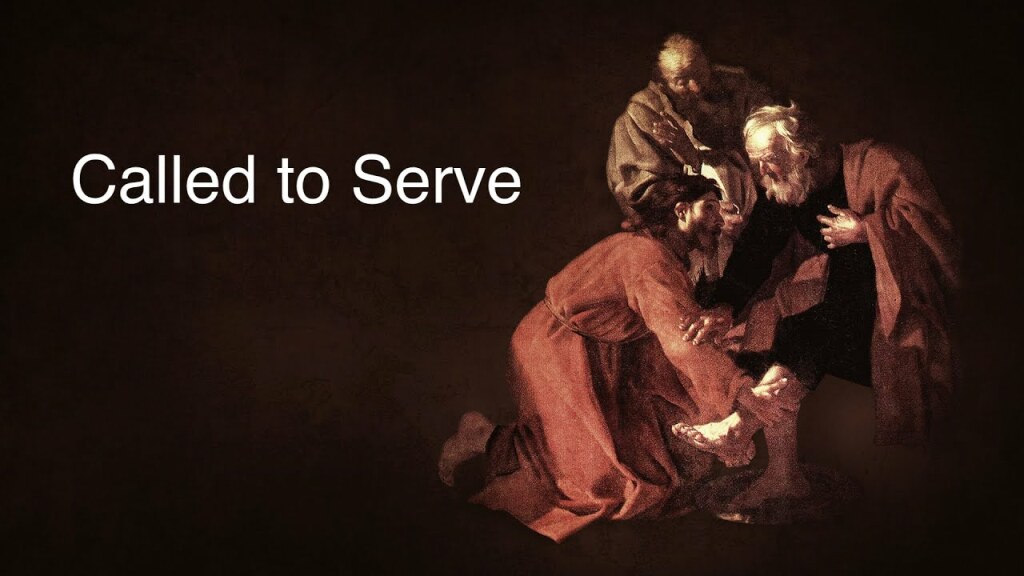 CLICK HERE  to access Faith at Home and strengthen your faith and grow closer to Jesus through activities at home! 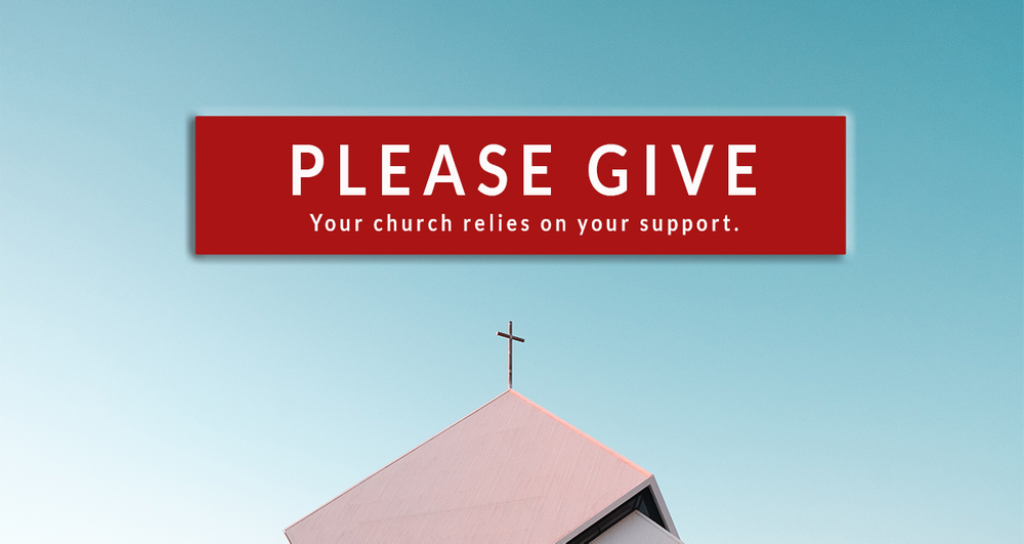 Your weekly offering to Saint Peter Claver supports
meeting the payroll of our Parish Staff, the ability to continue serving our community through
ministries of OutReach, Liturgy and Faith Formation and the
care of our beautiful church grounds.

Thank you for giving to your church!

Please scroll to the top of the Home Page to make your online donation.

My dear parishioners, Currently, the cases of people getting sick of covid-19 are increasing ... Read More »

My dear parishioners, The following is the statement from the Congregation for Divine Worship ... Read More »

My dear Parishioners, I want to share this article from the County of Ventura ... Read More »

Where is God in this? THOUGHTS FROM YOUR DIRECTOR OF FAITH FORMATION

As I sit here and pray, asking Jesus what to write to you this ... Read More »

Parents = Servants = Great Among Us

Once again, I was blown away by parents this past week. Several parents came ... Read More »

We, the parish family of Saint Peter Claver, are a Catholic faith community within the Archdiocese of Los Angeles and the Universal Church. Firm in the hope of the Gospel of Jesus Christ and inspired by the example of our patron, we proclaim the kingdom of God to embrace everyone in love without discrimination of any kind. We are devoted to worship, to witness, and joyful service in the Spirit. 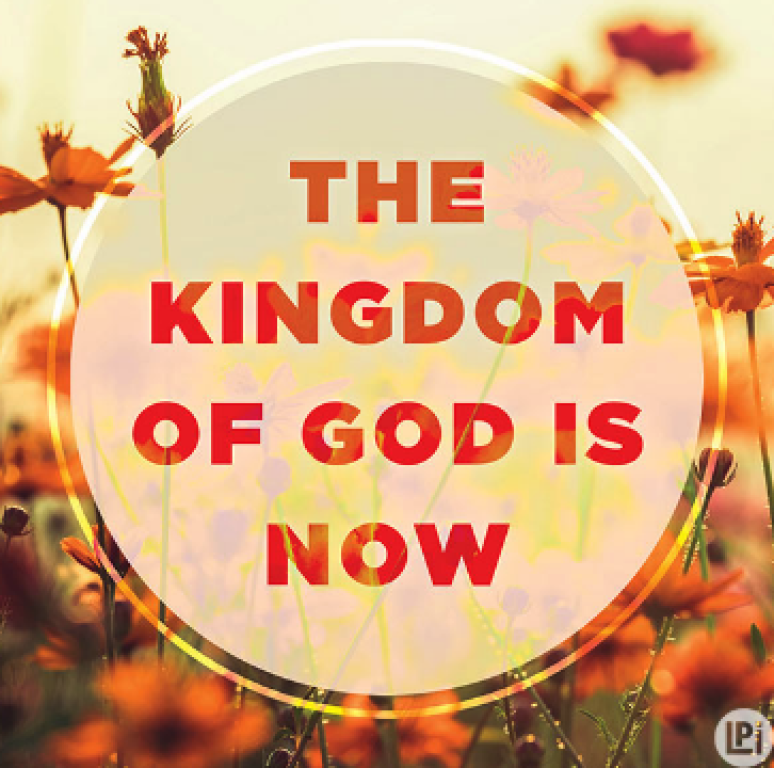