The 28-year-old was born to Korean immigrant parents in Long Beach, both of them devout Catholics. Between attending St. Raphael Korean Catholic Center in Norwalk with them and listening to stories of saints and biblical figures from his mother, something began to stir in him.

During college, “the vocation kept going up and down,” Sung recalled. During his senior year at UC Riverside, while his classmates were applying for jobs and making plans for the future, he knew he had to make “the jump” into the seminary.

“I always felt like there was a calling from God,” said Sung. “And here I am, six years later.”

That meant turning down the chance to teach English to schoolchildren in Korea for a year — a popular choice for many bilingual Korean-American college graduates. It also meant foregoing marriage. In Sung’s words, his vocation meant he wasn’t “going to get married to another person, but to the whole Church.”

Sung said that he’s preparing for his ordination to the priesthood expecting plenty of “bumps” along the way, but certain that God will help him.

“It’s probably bumpier than if I chose the easy way out, and just did what I thought I wanted to do. But by going on this path I have faith that this is what God made me for,” said Sung. “This is where I’ll be happiest.”

After years of formation and discernment, he said he most looks forward to his new mission as an “instrument” of God through the sacraments.

“I feel like I’m a nobody, I’m a nothing, but God is still choosing to use me as a tool, especially for celebrating Mass,” Sung told Angelus News. “That’s something that I’m really looking forward to.”

He also expects God to use him to minister in a special way to the young people he encounters.

“If I’m present, encouraging young people to go to Church, not shoving Jesus down their throats, but just being present, leading by example — that would be a good way to start ministering to younger people,” Sung said.

His message for his new parishioners at St. Peter Claver? “Please be patient with me, I’m new! I’ll do my best to love you guys and bring Jesus to you guys.” 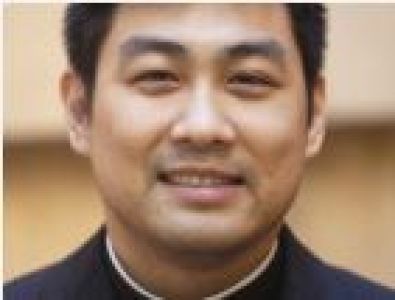