I would like to share with you a letter from our Archbishop Gomez that must be read by everyone especially those who have no access to Angelus, our archdiocesan magazine. I believe his letter is very important for everyone to know the truth about our California saint, Saint Junipero Serra.

In the following letter, Archbishop José H. Gomez addresses recent controversies surrounding public monuments to St. Junípero Serra and asks the faithful of the Archdiocese of Los Angeles to invoke the saint’s “intercession for this nation that he helped to found.” On the occasion of the saint's July 1 feast day, he urged prayers especially for “an end to racial prejudice and a new awareness of what it means that all men and women are created equal as children of God.” 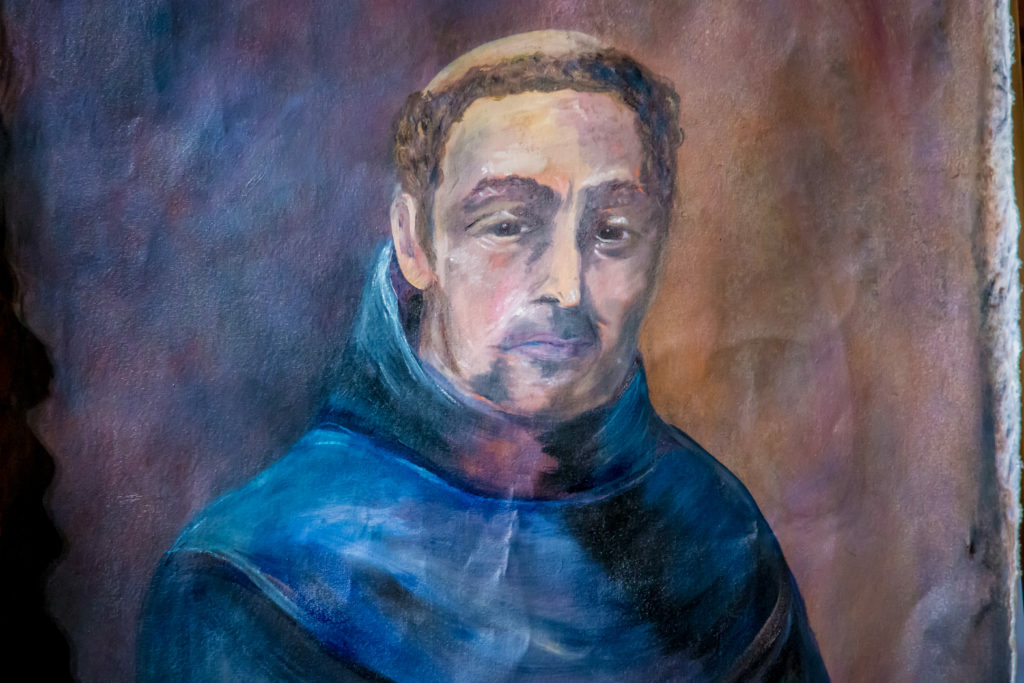 My Dear Brothers and Sisters in Christ,

Recently, statues to the Apostle of California, St. Junípero Serra, were torn down in San Francisco and in the plaza outside our first church, Nuestra Señora Reina de los Ángeles, in downtown Los Angeles. Up and down the state, there is growing debate about removing St. Junípero memorials from public lands. Ventura officials have announced that they will hold a public hearing July 7 to debate whether to take down his statue from in front of Ventura City Hall.

Faced with the possibility of vandalism, we are taking increased security precautions at the historic missions located in the Archdiocese of Los Angeles. Unfortunately, we will probably have to relocate some statues to our beloved saint or risk their desecration.

These developments sadden me. I have been thinking and writing about St. Junípero for many years now.

I understand the deep pain being expressed by some native peoples in California. But I also believe Fray Junípero is a saint for our times, the spiritual founder of Los Angeles, a champion of human rights, and this country’s first Hispanic saint. I was privileged to celebrate his canonization Mass with Pope Francis in 2015. I rely on his intercession in my ministry, and I am inspired by his desire to bring God’s tender mercy to every person.

The exploitation of America’s first peoples, the destruction of their ancient civilizations, is a historic tragedy. Crimes committed against their ancestors continue to shape the lives and futures of native peoples today. Generations have passed and our country still has not done enough to make things right.

In the family of God here in the Archdiocese of Los Angeles, we have worked hard to atone for past errors and wrongs and to find the path forward together. We honor the contributions that native peoples made to building the Church in Southern California and we cherish their gifts in the mission of the Church today.

Over the years, I have come to understand how the image of Father Serra and the missions evokes painful memories for some people. For that reason, I believe the protests over our history in California, and the broader protests that have started elsewhere in the country over historical monuments, are important.

Historical memory is the soul of every nation. What we remember about our past and how we remember it defines our national identity — the kind of people we want to be, the values and principles we want to live by.

But history is complicated. The facts matter, distinctions need to be made, and the truth counts. We cannot learn history’s lessons or heal old wounds unless we understand what really happened, how it happened, and why.

Our society may reach a consensus not to honor St. Junípero or various other figures from our past. But elected officials cannot abdicate their responsibilities by turning these decisions over to small groups of protesters, allowing them to vandalize public monuments. This is not how a great democracy should function.

Allowing the free expression of public opinion is important. So is upholding the rule of law and ensuring that decisions we reach as a society are based on genuine dialogue and the search for truth and the common good.

In this regard, how the City of Ventura is handling the debate over its Serra monument can be a model for thoughtful and respectful public discourse that includes civil authorities, indigenous leaders, representatives of the Church, and the community at large.

In other cases, it is clear that those attacking St. Junípero’s good name and vandalizing his memorials do not know his true character or the actual historical record.

The sad truth is that, beginning decades ago, activists started “revising” history to make St. Junípero the focus of all the abuses committed against California’s indigenous peoples.

But the crimes and abuses that our saint is blamed for — slanders that are spread widely today over the internet and sometimes repeated by public figures — actually happened long after his death.

It was California’s first governor who called for “a war of extermination” against the Indians and called in the U.S. Cavalry to help carry out his genocidal plans. That was in 1851. St. Junípero died in 1784.

The real St. Junípero fought a colonial system where natives were regarded as “barbarians” and “savages,” whose only value was to serve the appetites of the white man. For St. Junípero, this colonial ideology was a blasphemy against the God who has “created (all men and women) and redeemed them with the most precious blood of his Son.”

He lived and worked alongside native peoples and spent his whole career defending their humanity and protesting crimes and indignities committed against them. Among the injustices he struggled against, we find heartbreaking passages in his letters where he decries the daily sexual abuse of indigenous women by colonial soldiers.

For St. Junípero, the natives were not just powerless victims of colonial brutality. In his letters, he describes their “gentleness and peaceful dispositions,” he celebrates their creativity and knowledge; he remembers little acts of kindness and generosity, even the sweet sound of their voices as they sang.

He learned their languages and their ancient customs and ways. St. Junípero came not to conquer, he came to be a brother. “We have all come here and remained here for the sole purpose of their well-being and salvation,” he once wrote. “And I believe everyone realizes we love them.”

I like to think that his deep reverence for creation was influenced by his conversations and observations among this land’s first peoples.

St. Junípero became one of America’s first environmentalists, documenting California’s diverse habitats in diary entries and letters where he described mountains and plains, the blazing sun and the effects of drought, the overflow of brooks and rivers, cottonwood and willow trees, roses in bloom, the roar of a mountain lion that kept the missionaries awake at night.

St. Junípero also understood that the souls of indigenous Americans had been darkened with bitterness and rage at their historic mistreatment and the atrocities committed against them.

In 1775, when Kumeyaay attackers burned down the mission in San Diego, torturing and murdering his dear friend, Father Luís Jayme, California’s first martyr, St. Junípero was not outraged. He was concerned for the killers’ souls. He pleaded with authorities to have mercy.

“As for the culprits, their offense should be forgiven after some slight punishment,” he said. “By doing so they would see we were putting into practice the rule we teach them — to return good for evil and to pardon our enemies.”

This may be the first moral argument against the use of the death penalty in American history. And St. Junípero was arguing against its imposition on an oppressed minority.

St. Junípero was 60 years old when he traveled 2,000 miles from Carmel to Mexico City to protest the injustices of the colonial system and demand that authorities adopt a “bill of rights” that he had written for the native peoples.

That was in 1773, three years before America’s founders declared this nation’s independence with those beautiful words: “all men are created equal … endowed by their Creator with certain unalienable rights.”

Pope Francis called St. Junípero “one of the founding fathers of the United States.” He recognized that the saint’s witness anticipated the great spirit of human equality and liberty under God that has come to define the American project.

Yet in online petitions today we find St. Junípero compared to Adolf Hitler, his missions compared to concentration camps. No serious historian would accept this, and we should not allow these libels to be made in public arguments about our great saint.

Despite their many flaws, the California missions were similar to some of the other communes and “communitarian” societies we find in early American history.

The missions were multicultural communities of worship and work, with their own governments and a self-sustaining economy based on agriculture and handicrafts. Living and working together, Natives and Spaniards created a new, mestizo (“mixed”) culture reflected in the distinctive art, architecture, music, poetry, and prayers that came out of the missions.

It is sadly true that corporal punishment was sometimes used in the missions, as it was practiced throughout late 18th-century society. It is also true that some natives died of diseases in the missions.

But the tragic ruin of native populations occurred long after St. Junípero was gone and the missions were closed or “secularized.” Serious scholars conclude that St. Junípero himself was a gentle man and there were no physical abuses or forced conversions while he was president of the mission system.

St. Junípero did not impose Christianity, he proposed it. For him, the greatest gift he could offer was to bring people to the encounter with Jesus Christ. Living in the missions was always voluntary, and in the end just 10-20% of California’s native population ever joined him.

My brothers and sisters, this is the truth about St. Junípero.

In this hour of trial in our nation, when once again we are confronting America’s shameful legacy of racism, I invite you to join me in observing St. Junípero’s feast day, July 1, as a day of prayer, fasting, and charity.

Let us ask St. Junípero’s intercession for this nation that he helped to found. Let us pray with him for healing, reconciliation, an increase in empathy and understanding, an end to racial prejudice, and a new awareness of what it means that all men and women are created equal as children of God.

Every true reform begins in the human heart, and St. Junípero would tell us that only mercy and pardon and true contrition can move us forward at this moment in our history.

I have spent these recent days praying and reflecting on his life and writings and I have prepared a spiritual meditation composed almost entirely of words from St. Junípero’s sermons and letters.

I offer this meditation, along with this letter, for your prayer and reflection as we work together to promote the healing of memories and an end to the racism that still plagues our nation’s systems and institutions.

Pray for me and I will pray for you. May God grant peace to you and your families. I entrust all of us to the Immaculate Heart of Mary our Blessed Mother.

I hope this message from our Archbishop will not only help us know the truth about St. Junipero Serra but also become ambassadors of spreading the true story about him, St. Padre Serra. 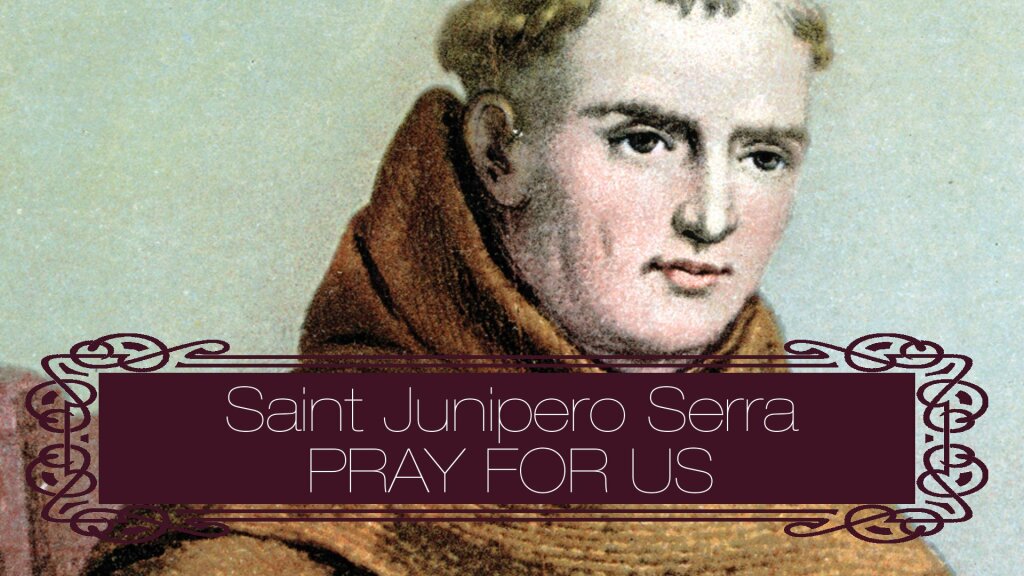